‘A hands-off approach, however attractive, is suicide’ 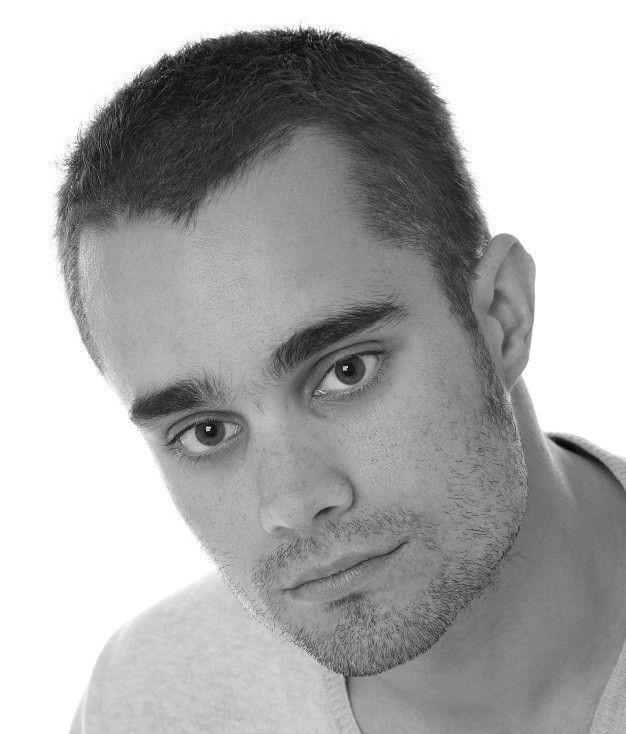 In recent years, sustainability has been promoted by many as a viable answer to the climate crisis.
Viticulturists have responded to all sorts of nightmare scenarios – prolonged drought, forest fires, late season frost, hail attacks – by cleaning up their act. Witness: a billion press releases about championing biodiversity; the removal of synthetic inputs; reduction of carbon footprint.
The marketeers understandably love this rhetoric; save the planet by trusting nature, and encourage brand loyalty into the bargain. Yet as historian Niall Ferguson frequently observes, initiatives like reduction of carbon footprint are closing the stable door after the horse has bolted. As long as developing economies like China and India maintain their colossal CO2 output, climate change is inevitable (he argues). In this scenario, the wine industry's only hope is adaptation to a new normal. And in order to adapt, growers need a helping hand from the laboratory.
This is arguably sustainability in its “purest” form; relying on scientific innovation and manufacturing technology to ensure winegrowing remains sustainable – and profitable – in the 21st century. Unfortunately, you can't really sell this version in today's zeitgeist, as it doesn't encourage virtue signalling. But in the longer term, sustainable viticulture will necessitate redefining the nomenclature – that is, a great deal of involvement from humankind. A hands-off approach, however attractive, is suicide.

I've seen this repeatedly. Outwardly, Gallic winemakers pour scorn on the idea of using genetic advances to revolutionise their viticulture. Indeed, passions were inflamed when the French government introduced four new hybrid varieties – Floreal, Vidoc, Voltis and Artaban – in 2018. Nevertheless, many growers (privately) admitted that hybrids were the most cost-effective way of keeping them in business. Of course, few would go on record.
“My reaction was simple: finally, not a moment too soon,” said wine producer Laurent Delaunay in 2018.
“Vine degeneration and vine diseases such as esca are causing, in certain regions, up to 20% of loss of harvest. Since the only cure we currently have against esca – sodium arsenite – was banned for obvious reasons, the industry has lacked a viable solution. New grape varieties including hybrids are one of the answers to these challenges.”
Robust and disease-resistant, these laboratory creations are surely the future.
Wineries with deep pockets may also look to robotics for salvation. In 2020, a team of scientists and manufacturers unveiled Thorvald to the world. Developed by Cornell AgriTech in New York, the University of Florida, and Norwegian company Saga Robotics, the machine is equipped with ultraviolet (UV) lamps designed to blast fungal diseases into oblivion. As it stands today, the production costs are significant. However, plans to manufacture the robots on a larger scale could help to make this technological marvel a welcome feature in many vineyards. Low-intervention viticulture and an abundance of wildflowers mean little when facing a nasty attack of oidium. You'll be desperate for a dose of Thorvald.
“A PhD student called Aruppillai Suthparan demonstrated that the UV treatment had to be applied at night,” explained project leader David Gadoury. “These fungal pathogens have an inbuilt defence mechanism against naturally-occurring UV light – they use blue light emitted during the day to repair their cell damage. But at night this defence collapses. So only a small dose of UV light is needed, which is effective in killing single-cell organisms, but doesn't harm the crops. Thorvald uses a very sophisticated GPS system and is almost totally autonomous.”
There are now examples of agricultural tech being used in every major region. In Chianti Classico, Ricasoli has put its faith in weather prediction systems and shiny new equipment. Whisper it: you can't manufacture these viticultural tools out of quinoa or vegan fillet steak. They require factories, energy, and perhaps even fossil fuels.
“In 2020 we purchased a 4.0 tractor, a machine able to manage the application of variable-rate fertilisation, meaning rationalisation of this process by only applying fertilisers where necessary. The machine is able to do this, thanks to its intelligent system that can read so-called 'vigour maps' made from photos taken by drones,” explains Ricasoli's technical director Massimiliano Biagi.
“In our vineyards we also have a widespread presence of weather stations, which allow the use of forecast models for vineyard diseases (DSS, Decision Support Systems), so we use treatments only when they are really necessary. Our system is managed in cooperation with a spin-off of Padua University which has a very rich database and has the necessary software to analyse these big quantities of data to predict possible fungal diseases in a very accurate way.”
Of course, the innovation being trialled is not just about robots and tractors. Tuscan brand Siepi has decided to combine natural resources with human ingenuity in the fight against global warming.
“We use kaolin (fine, white rock powder) that, dissolved in water, is distributed on the leaves and grapes in order to completely 'whitewash' them and to create a mirror-effect against direct sunlight, with the aim of reducing the surface temperature in both areas,” says Gionata Pulignani, Siepi's technical director and winemaker.
Others place their trust in latex. You may recall that several European regions have been devastated by hail attacks over the past few years. Fortunately, there is a solution – a project sponsored by the appellation council of Saint-Émilion involves using radar and helium balloons to protect vineyards from the threat of hailstorms. The radar serves as an early-warning system, designed to activate the balloons if a threat is perceived. The balloons would then disperse salt in the atmosphere, lowering the freezing point of water and thereby transforming the hail into harmless rain.

If only such vital technological innovations received more airtime. After composing endless propaganda about eco-friendly practices, 21st-century vintners could surely charge the press with their own sense of self-satisfaction. There is a definite sense of “green fatigue”.
For sure, encouraging greater biodiversity is a plan with few drawbacks. The removal of (certain) synthetic inputs is beneficial to vine health and wine quality, but all is not as it seems in this murky world. Front-end sustainability messaging often lacks nuance, purposefully avoiding any of the difficult questions regarding energy trade-offs and the metric(s) used to analyse reduction in carbon footprint.
Dominique Tourneix, director general of closure firm Diam Bouchage, once remarked that intense scrutiny of the environmental impact of recycling has been sorely lacking – recycling plants require considerable energy resources, thereby producing a relatively high carbon footprint. “I have the feeling that, sometimes, we are facing in sustainability communication what I call ‘environmental imposture’,” said Tourneix in 2019.
“Recycling is a case in point. Do we ever see a carbon footprint evaluation of the collection processes required to recycle products? What is worth doing for heavy packaging like glass – implementing a specific collection stream – may not warrant the same effort for light packaging. Has anyone compared the actual environmental impact between specific flow chains and a common one where plastic packaging can be collected with other streams?”
None of this would matter if sustainability, as generally understood, offered a credible solution to the problems of today and tomorrow. Yet at best, it's a grotesque back-slapping exercise, with some fringe benefits. I suspect most winegrowers secretly understand this, outwardly toeing the environmental line, inwardly examining which inventions and new tech can save their future.
More than 15 years ago, Al Gore described climate change as an “inconvenient truth”. But here's another one: a paradigm that advocates keeping human inputs to a minimal is foolhardy and counterproductive, regardless of whether millennials go weak at the knees. It's the scientists in white coats who are destined to save us.

This article was originally published by our friends at Wine-Searcher. All opinions are the author's.

From subs to vineyard robots

New system to capture and reuse CO2 from fermentations

PIWIs: the most promising varieties

PIWIs: ‘The new frontier of sustainability’

Planning for the future

The financial argument for sustainable practices

The making of a sustainable wine

The modern approach to sustainability in Bordeaux

The new technology coming your way