The International Wine Challenge (IWC) brings together many of the most important people in the wine world. 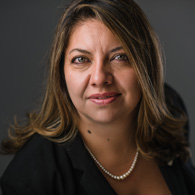 Laura is a well-known sommelier in Argentina and a judge for the International Wine Challenge. She is a founder of Winifera, a company specialising in wine consulting, PR and marketing. Laura is also the co-founder of Club de Mujeres del Vino (Wine Women Club), a non-profit organisation for professional women in the Argentine wine industry. A former vice-president of the Argentine Sommelier Association and former PR and Mkt Committee member at Association de la Sommellerie Internationale. Laura is a qualified sommelier (Diploma Association de la Sommellerie Internationale, WSET’s Advanced Certification, Certified Sommelier of the Court of Master Sommeliers, Diploma WorldSomm in Bordeaux, France, Certified in Wine Management at San Francisco Wine School, the USA and a student at Advanced Sommelier Exam in the US and Diploma WSET in the UK).

Lotte is a judge at several global wine competitions, an educator and consultant as well as ‘grouplead’ in the buying department for Lidl Germany. She gained a BSc and double degree MSc in horticulture with a focus on viticulture and oenology at the TU Munich and a second MA in international wine marketing in Austria, at Eisenstadt. Since then, Lotte has travelled the globe, exploring wine regions from the classics like Burgundy and Champagne, to rising stars such as Santorini and lesser-known winegrowing regions such as Lebanon and Zimbabwe!

Award-winning wine educator Thiago Mendes, founder of São Paulo-based wine school Eno Cultura, is currently studying himself - for his Master of Wine qualification.
After spending 10 years in London and training with the Wine & Spirit Education Trust, he returned to Brazil and set up Eno Cultura in 2013, "with a clear objective of horizontalizing knowledge about wine, always in a democratic and pleasant way". Combining his European expertise and Brazilian passion, Thiago was soon picking up awards for his contirbution to the world of wine: WSET Educator of the Year in 2017, Vinhas Velhas Awards' revelation company of the year, and this year (2020) Provider of the Year of French Wine Scholar by the Wine Scholar Guild. 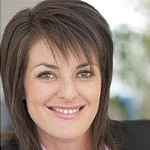 Irina Sofranova consults international companies, wineries, and institutions in the fields of wine marketing, PR, strategic communication, training and coaching. She also organises, with her firm Avinissima Wine Consulting, customised wine seminars, corporate workshops and teambuilding events as well as thematic wine trips to selected Balkan countries.
Irina graduated with a Masters degree in journalism and communication sciences as well as international business administration and economics from the University of Vienna. She also holds a BA in public relations from the University of Sofia, Bulgaria, and is currentling studying for her WSET Level 4 Diploma. 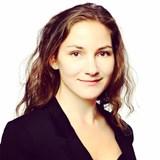 Treve Ring is a wine writer and editor, judge and speaker, and perpetual traveller. A certified sommelier, WSET diploma holder, French Wine Scholar and instructor, and Sherry instructor, she is based on Vancouver Island, Canada, though is most often found on a plane or in a vineyard.
Treve has been writing professionally since 2001. In addition to her role as correspondent at Wine Anorak, she is the executive editor and senior critic at Gismondi on Wine. She has been published in numerous international publications including World of Fine Wine, Meininger’s Wine Business International, Wine & Spirits, Sommelier Magazine, Wine Enthusiast, WineAlign, The Alchemist, Quench Magazine, Vitis, Lonely Planet Travel, and others. She tastes thousands of wines each year, and is an established wine judge in Canada, the UK, South Africa, New Zealand, and the United States. Though her travels take her all over the wine world, Treve has spent the last few years concentrating and researching sparkling wine globally, with a focus on Champagne.

Guillermo Crespo is an international wine broker and consultant based in Chile’s Central Valley. He founded the Contact Global Consulting company and has been supplying from big volume classics to lower volume independent wines from different denominations of origin to clients in UK, China, Japan and USA among others. He's been an associate judge at the International Wine Challenge and their ambassador in Chile since 2010 and also academy chair for Chile at World's Best Vineyards since its origin. Living in London for seven years, Guillermo acquired a broad experience in wine tasting and events organisation while working for companies such as Vinopolis, International Wine Challenge and Westbury Communications, and studying the advance level at the WSET. 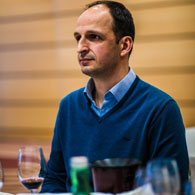 Journalist and wine writer Saša Špiranec has his own weekly wine column in Croatian daily newspaper Jutarnji list. Saša is also a regular contributor to food and wine magazine Dobra Hrana, author of books such as 'A Guide to the Wines of Croatia', 'Wine Roads' and 'Wines of Croatia', co-author of books 'Croatian Gourmet Icons' and 'Flavours of Međimurje', and author of web wine guide www.vinskivodič.hr
He is also founder of Vinart (a wine marketing and event organising company), creator of Vinart Grand Tasting (the leading wine trade fair in Croatia), and creator of Vinski grad, an open-air summer wine festival. In addition, Saša is the co-founder of wine laboratory Vinolab – Zagreb, which specialises in grape and wine analytics for wineries and trade.

Born in a wine grower Family in Ay, I studied languages, then studied BPREA Wine and Viticulture in Avize, WINE SET level 2, I am also a Certified Sake Sommelier ,and recently graduate Wine journalism Diploma (Institut George Chappaz 2020) for a book project. Champagne is in my blood. as a grower associate, as consultant in RP and Hospitality for Premium brands, as oenotourism expert for TO and private clients. I love to share and make it understandable to all, wine professional, sommelier, wine lovers as lecturer in masterclasses or through my Art. Founder and Creator of LA DEGUSTATION VISUELLE Newly writes for the Australian magazine VINES &BUBBLES - Member of l’Ordre des Dames du Vins

Antonis Sioulis describes himself as an "innovator, effective communicator and entrepreneur with over 25 years' experience in business" He adds that he is passionate about the food and drink sector and especially wine.

Orsi Szentkiralyi is a Hungarian-born wine professional based in London. She is a Doctor of Law, specialising in protected origin of wine.
Her vinous career started in hospitality, she worked as a sommelier in top establishments around the world before moving to luxury wine retail and eventually starting her own consulting company, Liquid Talent. Besides being a judge and ambassador at the International Wine Challenge, she is the managing editor of the Sotheby's Wine Encyclopedia, is in charge of tasting quality control at the Champagne and Sparkling Wine World Championships and head of tasting at the wine app Wotwine. She is currently a candidate for both the Master of Wine and Master Sommelier titles.

Nicolas Angelina is a consultant who started his career in hospitality in Paris. Then, in the UK, Nicolas developed his wine tasting skills and became a wine judge for different competitions, eventually becoming the IWC ambassador for North Macedonia and Lebanon. Nicolas also advises wineries on entering different markets and introduces them to relevant importers. As well as helping with wine blends, he also travels to the Caribbean to help blend cigars!

Wine Educator Michelle Carlín is a Wine Writer and Wine content Creator for social Media, IWC Mexico Ambassador, Judge at Global Wine El Conocedor Magazine, Board Member of Member of the Mexican Sommelier Association, Sommelier at DO Ribera del Duero.
Michelle is a well-known sommelier in Mexico and a judge for the International Wine Challenge. She is a founder of The EasyWine, an educational platform specialist in wine online and On demand education with a clear focus on making wine knowledge available to everyone everywhere.
Michelle is a qualified sommelier (Diploma Association de la Sommellerie Internationale, WSET’s Advanced Certification, Certified Sommelier of the Court of Master Sommeliers, Certified Sommelier at Society of wine Educators, Diploma Champagne Master Specialist at Wine Scholar Guild, California Wine Appellation Specialist at San Francisco Wine School, and a student at Mexican Tea School). 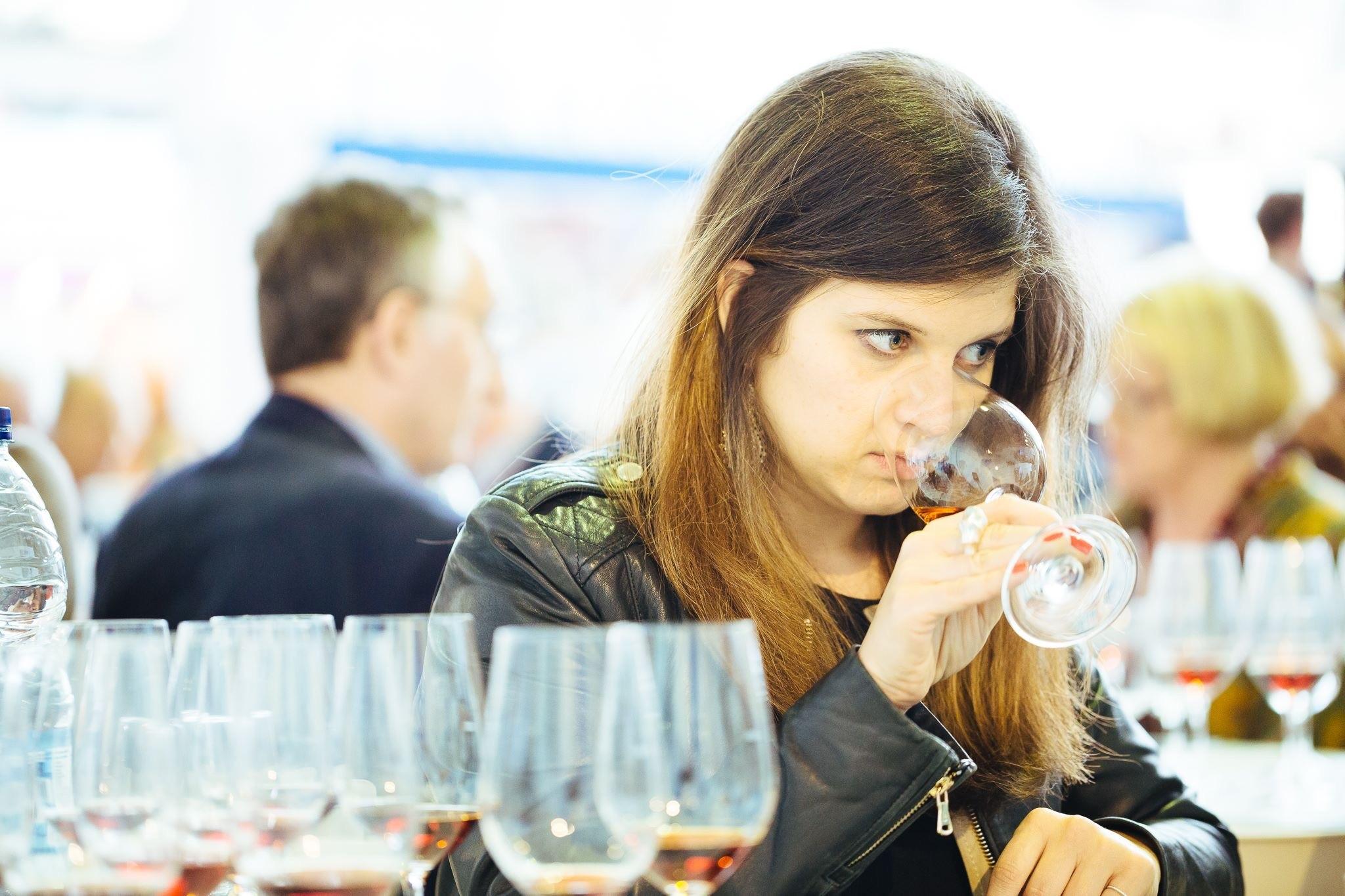 Ana Sofia de Oliveira has been working in wine marketing and communication since 2004, when she moved from Paris to Lisbon. Her studies in European geopolitics and intercultural communication gave her the skills to work with different cultures and professional environments which have proved very useful throughout her career. For almost seven years, she worked as area manager, promoting Portuguese wines in several markets, and then as the marketing and communication manager for Wines of Portugal. In 2012, Ana created The Wine Agency, an awarded consultancy agency specialising in wine marketing, communication, PR and wine events.

Wine writer and consultant Ester Bachs has a Master's degree in corporate communication and a WSET Advanced certificate. She is also a wine events director and field marketing manager for B2B brands (Vinventions).

Taner Öğütoğlu's wine life started in 2000, working in Doluca winery's marketing department.
In 2004, he established his own company, Fidelity Consulting, with the mission of establishing Wines of Turkey (WOT) by gathering all wineries in Turkey together, to promote Turkish wine abroad and to develop wine culture in Turkey. In 2008, WOT made its debut at the London Wine Fair and, over the next five years, saw the average unit price of Turkish wine increase 83% from €1.67 to €3.07.
His own company, Gustobar, is an importer of wine accessories and tools for wine service including such as Zalto, Coravin, Pulltex and distributer of Nude Stem Zero glasses. Gustobar also organises wine tasting activities in Turkey twice a year with the participation of more than 50 wineries and 1,000 visitors, including professionals and wine enthusiasts.