How to enhance the potential of white grapes

Willi Stürz was born in the village of Tramin, the spiritual home of Gewürztraminer. After raising that variety to new heights at Italian cooperative Cantina Tramin, he is now doing the same for mountain Chardonnay and Pinot Grigio...

Willi Stürz is pushing the Alto Adige's white varieties such as Gewürztraminer, Chardonnay and Pinot Grigio to new heights

For more than 25 years, Wilhelm (Willi) Stürz has guided the grapes from some of Italy’s most beautiful mountain vineyards into exceptional wines. His Pinot Grigio, Chardonnay and Gewürztraminer are among the best in their class in Italy.
And Stoan, a blend of white grapes from northern Italy's Alto Adige region, is one of the most enjoyable and distinctive white wines I’ve tasted this year.
Willi, the technical manager at the South Tyrol cooperative Cantina Tramin, explained to me how he captures the varieties’ primary aromas and the characteristics of the terroir in the finished wines as we tasted three samples.
We started with his outstanding Pinot Grigio, Unterebner 2019, moved on to the blend created to represent the region, Stoan 2019, and finished with his elegant, complex and indulgent Chardonnay, Troy 2017.
It’s simple winemaking at its best. 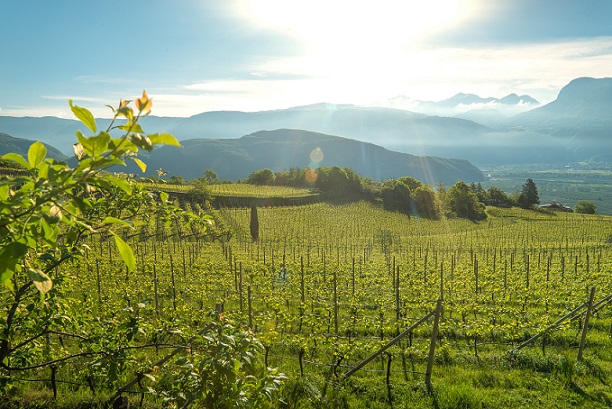 Ripe, handpicked grapes are delivered quickly onto conveyor belts and into the press.
As the grapes are from altitudes of 200-850m, it’s only the first grapes of the harvest season, collected in early September, that sometimes require chilling before the vinification process starts with a soft pressing of whole bunches (they only destem the Gewürztraminer).
“When we press whole bunches, the freshness in the juice is better,” Willi explains. “And we extract less potassium and the pH is a little bit lower.”
As the grapes are ripe, Willi says they don’t require much pressure to release “good quality juice”.
Selected yeasts “from our area” kickstart most fermentations with a small percentage (5-10%) of the highest quality juice left to ferment spontaneously.
The fermentation temperature is kept at 18-20°C. “In my opinion, the expression of variety is better at 18-20°C,” Willi says, adding that he finds lower temperatures give “more esters and fermentation aromas”.

‘For me, it’s very important to have MLF for the highest quality wines’

The Chardonnay, Pinot Grigio and Pinot Blanc are generally inoculated for MLF, mostly after fermentation. Willi says: “For me, it’s very important to have the malolactic fermentation for the highest quality wines; in the entry-level quality it’s better to use only a part of malolactic fermentation. From 10 to 30%, not more, because we need the freshness for the simpler white wines. But it depends on the year.”
The Gewürztraminer and Sauvignon Blanc do not undergo MLF.
SO2 is added after MLF (after fermentation in the case of Sauvignon Blanc and Gewürztraminer) “to save the aromatics”. The 15-20mg/L of free SO2 (20-25mg/L in the case of Gewürztraminer) is topped up to give 35-40mg/L free at bottling.
Sometimes a little bentonite is used to clarify the juice, but gravity and time are the main tools for clarification.
Using “as less technology as possible” is one of the distinguishing features of Willi’s winemaking. It even means using gravity instead of pumps to move the wine and preserve the aromas as much as possible.
The other key to Cantina Tramin’s top whites is long ageing on lees in casks at 15-17°C, which adds “complexity of aromas and tannins”. The barriques and tonnaux are stirred once a week until the end of the year and then receive bâtonnage once a month until the end of summer.
“The higher the quality, the more oak is involved,” is the guiding principle regarding barrel ageing. But it’s usually large casks (3000-4000L) with light toasting from Austria and Germany, with French barriques and heavier toasting saved for the high-end Chardonnays.
The top Chardonnay may have 30-40% new oak in the blend, whereas the top Pinot Grigio will have about 15-20%, but from larger casks.


Cantina Tramin, founded in 1898, embarked on the road to higher quality wines in 1989 when it initiated its prestige range Terminum by identifying specific vineyard parcels, paying more attention to the details, and vinifying grapes with special characteristics separately. The first wines of this Selection line were released in 1991.
Willi, who was born in the village of Tramin, the spiritual home of Gewürztraminer, joined in 1995 and kicked the quality up another notch at the turn of the century – raising the quality of the grapes by lowering the yields across the members’ vineyards (now 270ha) and by encouraging them to replant with the most suitable varieties for the different soil types and mesoclimates. 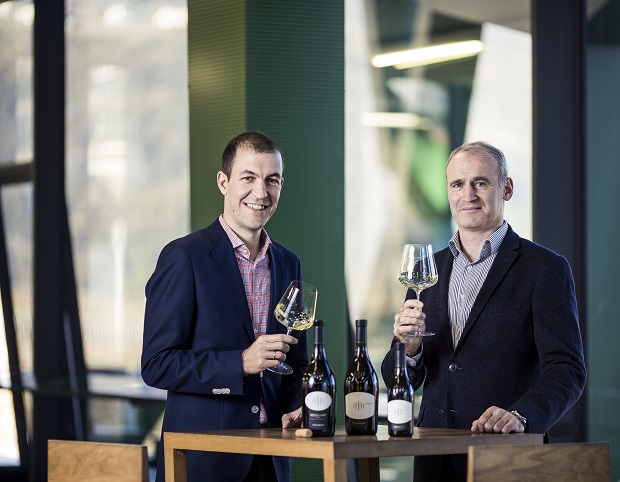 Wolfgang Klotz (left), director of marketing and sales at Cantina Tramin, which now produces about 1.8 million bottles a year, sums up the change: “The company had about 100 years of being a normal, classical, typical cooperative, meaning simple wines with almost all the wine sold as bulk wine.”
Now, he says, all their growers “are focused on high quality”. The winery pays premium prices for grapes not grown with herbicides and currently has about 20ha farmed biodynamically.
They are, in effect, harnessing the advantages of the cooperative system:

Having lots of growers with small plots also means it’s easier to pick the grapes at the optimum degree of ripeness and get them into the winery quickly.
The next step in the modernisation of Cantina Tramin was to vinify these grapes in the best way. Willi’s philosophy is part of that – but so too is the stunning winery, designed by Werner Tscholl and opened in 2010.


Here, the Unterebner sells well. It’s not aimed at consumers looking for a typical Italian Pinot Grigio. Unterebner – named after a farmhouse in the centre of the high-altitude Pinot Grigio vineyards – uses ripe grapes, whole-cluster pressing, a large proportion of large oak, 60% MLF, and extended lees ageing to show “the power of Pinot Grigio but with very good freshness and finesse”.
“It’s for people who know the wine and winery, not for those seeking a Pinot Grigio,” Wolfgang adds.
Willi admits this is the wine closest to his heart. “It’s a little bit like my son,” he tells me. In his time at Cantina Tramin he has seen it grow from a very simple wine to something much more complex and loved by the people who know it.
After the opening of the new winery, the next important step came in 2014, when the top white wines – destined for Cantina Tramin’s Selection line – were given longer to age “properly”. That’s longer in barrel and longer in bottle before being released. Moving the release date from May to January the following year had huge financial implications for the growers’ cooperative and its 160 members.
“We are listening to what wines tell us about what they need, leaving them time to rest as long as possible and bottling them only at the right time, thus enabling them to communicate their sense of typicity even better. In recent years, we have invested great energies in the vineyard work. We intend to benefit from these improvements; this means that we want to give the wines more time to mature after vinification, so that their aromas can achieve the best possible balance,” the winemaker explains.


In the early years, the increased quality didn’t always translate into increased sales. In the early 2000s there wasn’t much demand for an “Alpine Chardonnay”. “It was a style of Chardonnay that wasn’t really recognised on the market as being a Chardonnay,” Willi recalls. “So, we said, if the market won’t accept this as Chardonnay, let’s create our own wine and not sell it as a Chardonnay but propose it as our white wine of the area.”
Stoan – which means ‘stone’ in the local dialect and reflects the nature of the soils in this steep vineyard site – was born. The 2019 vintage is a sumptuous, elegant and complex blend of Chardonnay (65%), Sauvignon Blanc (20%), Pinot Bianco (10%) and Gewürztraminer (5%).
Each variety was vinified separately and blended after 10-11 months on lees in a mixture of large casks (3000-4000L) and stainless-steel tanks (especially for the Gewürztraminer).
Willi doesn’t rack the wines that are in barrels until blending but the wines matured in stainless-steel tanks are racked “two or three times” to keep them alive.
Stoan eventually gave birth to Troy, a Chardonnay riserva.
Once the vineyards reached balance with low yields, there was the opportunity to produce a higher quality Chardonnay. They started with a few barriques in the challenging 2014 vintage – releasing the 2015 as their first Troy. Their latest release, the 2017, spent 11 months on fine lees in barriques from Bordeaux before being transferred to stainless-steel tanks for an additional 22 months of sur lie ageing.
It's another wine reshaping the image of Italian whites and pushing the Alto Adige wine region to new heights.

'The mission is to make really great wine'

Adapting your winemaking to your expectations

An unusual approach to Chardonnay

Bringing ‘soul and precision’ to Chablis

How to go from good to excellent

How to make a wine that's 'just beautiful'

Making the most of ‘micro-crus’

Struck match in Chardonnay: what's it all about?

‘Why I use metal barrels for my desert Chardonnay’