All you need to know about stem inclusion (part 1)

This article looks at the effects that 100% stem inclusion have on fermentation and wine structure. In part 2, we discuss partial stem inclusion.

See how the stems are starting to absorb colour 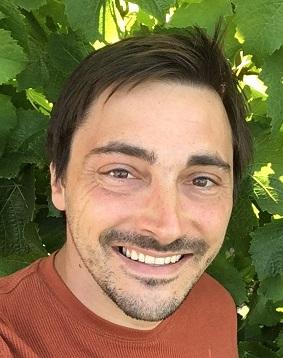 Among the immense number of variables to consider when making a wine, an especially complex one, and these days controversial, is stem inclusion. Stems can have a myriad of effects on a wine’s tannins, colour, acidity, alcohol, aromatics, and fermentation kinetics. There’s much to consider, and a lot we’re just learning, particularly about stems’ effects on aromatics.
This article I will take a look at the effects stems have on fermentation and wine structure. All quotes and trials referenced are from fermentations with 100% stem inclusion. In part 2, we discuss partial stem inclusion, the diverse aromatic effects of stems, some of the conflicting information and contrasting opinions that are in the ether, as well as the myth of lignification.

‘They slow everything down’


Duncan Meyer, co-owner/co-winemaker of Arnot-Roberts in Napa, California, has a close relationship with stems. He and his partner Nathan Roberts foot-tread most of their reds (above), which means 100% stem inclusion (and a portion of uncrushed berries/semi-carbonic maceration).
During fermentation, a major difference that the inclusion of stems lead to is, as Duncan puts it, that they “slow everything down. Fermentation curves are more gentle versus destemmed ferments. They’re slower to start, they don’t get as hot, they hold heat better later in fermentation, and I really like that. It’s one of the main drivers for us including stems.”
Aromatic compounds are volatilized and lost at higher fermentation temperatures, so slower, cooler fermentation will better retain aromatics. Retained warmth at the end of fermentation creates a more comfortable environment for yeasts, discouraging their stopping short of dryness.

Perhaps the most significant consideration of stem inclusion is tannins. The exact amount will vary according to what percentage of stems you use (and, of course, variety, site, vintage, and so on), but the contribution can be significant.
In a Ribéreau-Grayon led study, they found stem tannin to be 21% of total tannin content in a wine fermented with stems (Ribéreau-Grayon, 332). This is one of the reasons that stems are often included in lower tannin grapes such as Pinot Noir. As so many tannins are extracted from the stems, any decrease in efficiency of tannin extraction owing to lower temperatures is more than compensated for.
Whereas seed tannins are noted for being shorter and less polymerized (2-20 subunits of monomeric phenolic building blocks), less astringent and more bitter, and skin tannins for being longer (4-100 subunits), more astringent and less bitter (Keller, 229), stem tannins fall in between, though perhaps toward the shorter end of the spectrum, in all three of these respects (Jackson, 430).
Further, the specific types and proportions of tannin building blocks varies between skins, seeds and stems.


Stems give lots of tannin, but a portion of colour is lost by adsorption (see above). One study found the loss to be about 10%. Despite the loss, colour stability over time may be improved (Ribéreau-Grayon, 332). This lower ratio of colour to tannin can result in longer polymer length, and polymer length has implications for mouthfeel.
There are various schools of thought here, but most current research suggests that shorter polymers are more bitter in their youth, less astringent overall, leading to softer mouthfeel. Researchers argue that it is a common misconception that longer polymers lead to less astringency and increased softness.
Winemaking practices also affect polymer length, particularly the amount and timing of oxygen exposure. Taste a barrel-aged red and the same wine aged in stainless or glass for topping (the latter seeing much less oxygen, which should lead to longer polymers) for your own comparison.

Grape stems are rich in potassium, so their inclusion in a fermentation results in a higher pH, which can be a blessing or a curse, depending on your fruit chemistry. Mike Roth (above), co-owner/co-winemaker at Lo-Fi in Santa Barbara County, California, utilises stems in most of his wines, but always destems a large portion of the Gamay from his home vineyard, Clos Mullet, as it comes in with a higher pH, even at low sugars. “We may have a potential alcohol of 11.5% and could end up with a 3.8pH. You don’t want a low-alcohol wine with a high pH, as that doesn’t make for longevity or microbial stability, especially if you don’t add much SO2.”
Duncan of Arnot-Roberts isn’t one to shy away from prominent acidity, but welcomes the “bump in pH” when working with sites that yield low pH grapes and in colder vintages. “If you’re working with a low pH site, a small decrease in acidity won’t make or break a wine, and will likely make the wine more approachable,” he says. Higher pH also means tannins will be perceived as softer and less aggressive.
Despite the reduction of acid, wines that see stem inclusion regularly give the impression of 'freshness'. Although a vague term, fresh is most often associated with a wine having good acid and being lively on the palate, two things which seem contradictory to an increase in pH.

Stem inclusion decreases alcohol content. The reduction of alcohol from stems may result from their absorbing alcohol and/or water content released from stems, lowering alcohol concentration (Ribéreau-Grayon, 332). Duncan referenced a trial by Alan Graillot in Crozes-Hermitage where stem inclusion was found to reduce alcohol by 0.5%, and stem inclusion in an open top fermenter (which allows alcohol to evaporate during fermentation) lowered alcohol an additional 0.5%, for a final reduction in alcohol of 1%.
“Such changes [in alcohol concentration] fundamentally change the dynamic of the wine,” he says. Lowering alcohol level has big implications for, at the very least, wine body and perception of sweetness (lowering both). Perhaps this is part of what results in the perceived freshness.
You may have noticed some of the contrasting effects stem inclusion has: higher pH increases the perception of body and weight, whereas lowering alcohol has the opposite effect. Similarly, stems increase tannins, but the increase in pH will also result in our perceiving these tannins as softer. It’s a complex beverage we’re dealing with here.
Although a practical understanding of this is decades away, another difference stem inclusion has concerns microbes. All plant surfaces (grapes, stems, leaves, bark), harbour differing populations of local microbes, so stem inclusion will introduce a different microbial mix into a fermentation versus a destemmed counterpart.
Here we’ve looked primarily at chemical aspects of stem use. In part 2, we look at some more research, as well as practical and theoretical considerations.


California-based Alex Russan is the owner-winemaker of Metrick Wines. He also has a Spanish wine import company and Sherry label, Alexander Jules.