Will technology kill the magic?

Are technological developments robbing wines of vintage transparency and, therefore, authenticity? Canopy looks at the arguments for and against…

Andrea Lonardi, winemaker at Tuscany-based Val di Suga, believes we must never abuse technology, but rather use it in an open-minded and logical way 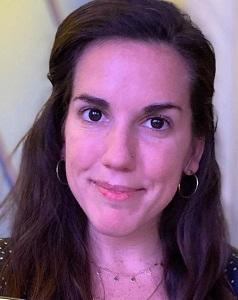 ‘The spectrum of flavours and aromas and textures is shortening’

Over the past two decades, the use of technology in both the vineyard and the cellar has exploded – though what does this mean for the transparency of wines as a whole?
While some find that technological advancements have only helped to improve quality – and site reflection – through to the glass, others feel fiercely the opposite. Two leading industry figures shared their personal convictions with us.
Wine importer Neal Rosenthal left his corporate law job 40 years ago and, over the past four decades, has dedicated his life to seeking out terroir-focused wines produced at the hands of family-run estates across Europe. Over time, Rosenthal has seen countless technological advances find their way into the vineyard and the cellar – and although their presence can be helpful, he’s not always convinced that using them is the best route for creating vibrant, site-specific wines.
Rosenthal explains that while modern technology has proven to be quite useful, particularly in the ability to limit the number of poor vintages through farming advancements, as well as through controlling conditions within the cellar, he’s left to wonder whether this strong control ultimately leads to the most transparent and exciting wines.
“I’ve found that the ability to control to the ultimate degree what happens during fermentation and élevage can remove some of the ‘mystery’ of wine,” he says.


To illustrate his statement, Rosenthal (above) looks to the Jura. “In the Jura, there’s this magical moment when the bacteria raises its head and takes over, and I think the tendency now in the region is to make wines that are too clean, as well as to start to minimise the important element of oxidation that has always been present there,” he says, citing the whole sous-voile experience as rather uncontrollable.
“I think that the classic traditional Jura vigneron respects [this lack of control] and takes more of a hand-off attitude rather than trying to manage the process to the ultimate degree,” he continues. In addition to over-controlling through technology, Rosenthal also cites a lack of extended ageing as another reason for the lack of ‘magic’ in certain wines. “I think for economic reasons, as well as taste reasons, many vignerons are eager to bottle wines earlier than they would ordinarily, and sometimes that rush to get the wine into the bottle limits the development of character in the wine,” he says, citing the ability to control temperature and move certain vinification processes along as the reason for being able to bottle early.

On the other hand, some winemakers feel that technology is essential to making the best wines possible. “My main point of view is that technology can only be used to enhance terroir,” says Andrea Lonardi, winemaker at Tuscany-based Val di Suga, stating that one must never abuse technology, but rather use it in an open-minded and logical way. “The only time mystery and magic are captured in a wine is when a glass of wine is the true reflection of the beauty and potential of its terroir – grape variety, climate, soil,” Lonardi continues, stating that he believes the wines produced at Val di Suga are still more artisanal than others, despite the winery’s implementation of technology.
“The tech that we are using is only helping us to understand better terroir,” he says, citing DSS (decision support model) and the ability to understand stress index through using technology as imperative means to understanding climate change and avoiding its negative effects.


To break it down further, Lonardi cites four different types: biotech, mechanical tech, sensory tech, and genetic tech.
“I tend to avoid biotech as much as possible because it was developed for two main reasons: to fix problems or to develop something like something else,” he says, citing cultured yeasts and special strains of bacteria and added tannins as some of the most popular. “However, mechanical tech has helped immensely in terms of machinery in the vineyard and cellar, while sensory tech has helped create instruments to detect vigour, stress index, and humidity,” he says, stating a particular affinity for the humidity factor, as he notes that one can wildly improve vines’ productivity through proper vineyard-management decisions.
Lonardi states that technology is also especially helpful in the vineyard, as it can often communicate what the human eye cannot see.
“If you use remote sensing, NDVI maps (vigour maps), or soil maps, you can understand which part of the vineyard is the ideal growing site for a particular rootstock,” he says, stating that these types of technology work equally well on both large surface areas and also smaller parcels of land.
“Terroir is not simply what it is,” Lonardi states, noting that what makes a wine ‘good’ is very subjective, as well as strongly related to human sensitivity. Lonardi feels that through using tech, winemakers can reduce subjectivity and become more objective in the measurement of quality markers (acidity, tannic structure, freshness, longevity, etc). “The beauty of tech is not when it is used to substitute for human capacity, but when it is used to complement human capacity and sensitivity,” he says.

So does the use of technology qualify as manipulation? The answer truly lies in the eye of the beholder. According to Rosenthal, there are never any pros to messing with a wine. “I don’t think there’s ever a positive side to manipulation, that is, using outside influences to change the wine,” he says, citing uniformity and less distinctive versions of potential wines as the general result. However, he agrees that creating much more regular amounts of correct wine is an upside. “Despite the change in climate, people are still able to produce consistently good wines year in and year out,” he says.
Does this, however, rob the wines of vintage transparency and, therefore, a lack of authenticity? One could argue such a stance.
Lonardi notes that certain aspects of genetic tech, such as the ability to introduce resistance to disease or water stress, are ultimately positive, though can become negative if oriented to produce wines with special flavours. “I can understand the desire to produce wines with more freshness and vitality, but I disagree with the approach of implementing technology to hide or modify terroir,” he says.

‘By rigorously controlling every aspect, you lose the mystery of wine’

Rosenthal feels that excessive technology also creates an ability to avoid mistakes, and since every vintage is unique, the lack of transparent variation is dwindling. “I am afraid that the well-educated young vigneron is somehow approaching wine from a point of view where they want to make certain that there are no mistakes,” he says. “By rigorously controlling every aspect, you lose the mystery of wine. Surprising things can happen during élevage.”
However, for Lonardi, the pros outweigh the cons. “Tech is the new tool of contemporary artisans,” he says. “To be contemporary, we need to use tech by remaining very transparent and authentic,” he says, stating that technology has allowed many winemakers to advance, as well as better communicate their unique places.
So, are wines crafted from technology less authentic? According to Rosenthal, they’re not less honest, but less variable. “The spectrum of flavours and aromas and textures is shortening, which does not make the wine uninteresting, but it makes it less interesting – good to drink and enjoyable, but maybe less memorable,” he says.
Lonardi, of course, feels differently. “Tech is not changing my passion or vision for wine; it is only giving better opportunities to develop it.”

This article first appeared in Wine-Searcher.