'This job just takes everything’

Armelle Cruse, fourth-generation co-owner of Château du Taillan in Bordeaux and vice-president of Crus Bourgeois du Médoc, talks about precision winemaking, climate change, sustainable agriculture, the impact of Covid-19, and her plans for 2021...

Armelle Cruse: “My philosophy is always to do better and better”

When oenologist Armelle Cruse, vice-president of the Crus Bourgeois du Médoc, took over the family’s Château du Taillan in 1992 – after her father’s death – the biggest challenge was getting fully-ripe Cabernet Sauvignon. That is the least of her worries now.
“How things change with one generation,” she says during our conversation to mark the first anniversary of the unveiling of Crus Bourgeois’ new three-tier classification system in February 2020. Wineries that meet certain quality and sustainability thresholds are assigned one of three levels – Cru Bourgeois, Cru Bourgeois Supérieur or Cru Bourgeois Exceptionnel – after a blind tasting of five vintages.
Château du Taillan, which is owned by fourth-generation Armelle and her four sisters (Marie-Caroline, Violaine, Myriam and Christiane), is one of 14 producers in the exceptionnel class. 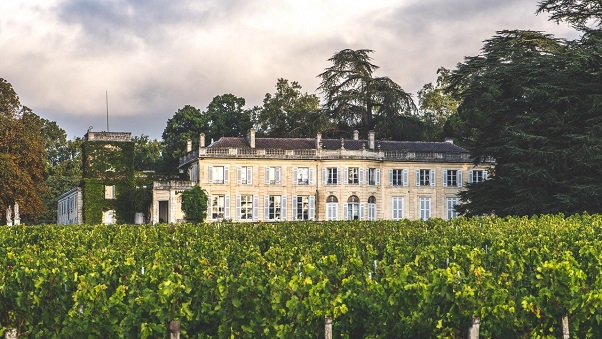 Château du Taillan, in the Haut-Médoc appellation, has 30ha planted to Merlot, Cabernet Sauvignon and Cabernet Franc and 2ha of Sauvignon Blanc in an estate of 100ha. Biodiversity, wine tourism, refined wines at reasonable prices and maintaining the family home, where Armelle’s grandmother still lives, are important to the estate. But we started by talking about the impact of global warming.

‘We must adapt to the new every year’

Canopy: How is climate change affecting you?
Armelle: “One of my (three) daughters, who’s in finance and nothing to do with wine, was telling me the other day, ‘Mummy, you have to count with climate change in your budget nowadays, you cannot count without it, not anymore’. There is something – heat, frost or hail – almost every year. Always something, you know, so we have to count it now.”
But you don’t have to worry about ripening.
Armelle: “No, exactly, not ripening, but we have other problems – the alcohol level and the balance in the grapes are different, so we have to be careful with that. We must adapt to the new every year.”

'We must adapt to the new every year'

Have you changed your viticulture to account for this?
Armelle: “Not yet. The problem is the alcohol, but we concentrate on the maturity of the tannin too. Sometimes you have alcohol, but the tannins are not exactly ripe. So, we concentrate on the structure of the wines. But, it is true, we harvest much earlier, and we harvest at almost night. It’s impossible to harvest during the day, it’s too hot.
“At Château du Taillan, we have a lot of Merlot grapes (about 70%). So, this is why I have to pick really carefully. When you have Cabernet Sauvignon, the alcohol is less of a problem because maturity comes much faster.”
Do you plan to change anything for 2021?
Armelle: “For the Cru Bourgeois family, we are preparing for the next classification. Either to go higher to get the better level in the next classification, which is the case for a lot of Cru Bourgeois. They want to go higher. And for others, like me for example, which is Cru Bourgeois Exceptionnel, it’s to consolidate the classification I have. But we will have to show that we have been in movement, you know, that we go higher in quality.
“I’m working more on the quality of the wine, which means that in 2020, for example, I’ve done a new job with the press, climbing in precision to be more and more precise in what we are doing, more precise in each decision. That’s what all the Cru Bourgeois are trying to do.”
Tell me more about what you’ve done with the press.
Armelle: “The first thing I’ve done with our new consultant (Axel Marchal, associate professor of University of Bordeaux) is to work the press a little differently – to make more selections (cuts).
“I’m very happy with that because when you take only the heart of the press you really have some very good things and very good tannins and something very intense and soft. You don’t have the bitterness you could find in some pressings.”
What else are you doing in the quest for more precision? 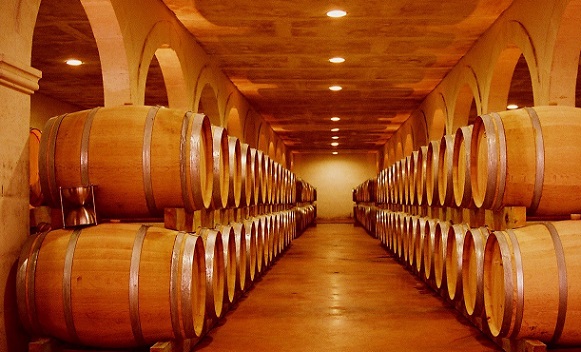 Armelle: “We are working with some barrels and not others, looking at the percentage of new and old oak, the balance and intensity of the wine. There is a lot of work on the quality of the wine.”
Are you also working hard in the vineyard?
Armelle: “Yes. Because we want to be without pesticide at the end of the year.”
What will you do instead?
Armelle: “We will aerate the soil. We will work more and more with nature. We will work parcel by parcel because each parcel has a different life. And it’s important not to do the same thing.
“I think we have to go much more precisely in everything.”
As the new classification system for Cru Bourgeois is nearly a year old, has it been a success?
Armelle: “Yes. But it happened on the 20th of February and we have the Covid (lockdown) the 17th of March. It’s difficult for us to see the effect directly during 2020. We had to cancel a lot of things concerning promotion, like everybody in the world, so it’s difficult to see exactly the success. But what is true is that it made a buzz. For the Bourgeois it was important not to be static. The classification shows that there is a certain dynamism in the Médoc region.”


Do you have any plans for 2021 or is everything on hold?
Armelle (above): “Yes, we have some plans. For the Cru Bourgeois family, we have engaged them in a digital policy, and so we are working now with a new digital agency to be present on the web with Instagram and Facebook. We have done some videos, we have a programme for promotion, but only on the web. But that’s good too, because we push the members of the family, the wine producers. We ask them to give us some videos, to participate in webinars. We have forced the family to communicate differently and that’s good for us because it’s a new way of communication, which will stay after Covid. And so we have less events but we have put all our force on the digital side of things.
“We also sent some bottles to different countries, to some local ambassadors to educate the young generation and the new people coming on the market about our wine, our stories and our philosophy.”
What about your chateau – do you have any plans for this year?
Armelle: “For Château du Taillan, we have a new website with an oeno-boutique in order to sell the wines. I communicate with my customers on the web, too, by Instagram and everything and hired a manager for that – one of my daughters! She’s done a lot of things with Instagram and everything. And it’s true that it’s interesting for me because it’s so different to what I was doing, for example – good photos touch so many people if it’s nicely done with good words. 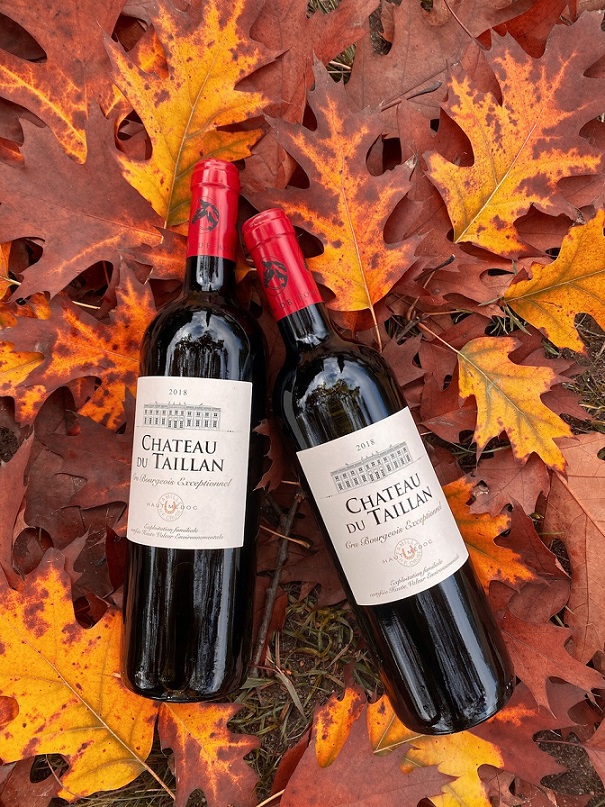 “Another target for me as a Cru Exceptionnel is to consolidate the quality of the wine I am producing. And so I’m very much concentrated on that and it’s really what I like to do.
“I am also interested in how I can reach the new generation, which is very interested in biodynamic. And I think it could be very interesting to get off the classical road of Bordeaux and Médoc wines – but for our second marque.”
So, you’re thinking of having a biodynamic line?
Armelle: “I’m thinking about having something closer to the nature as something which speaks to some consumers – to produce a second wine with that sense in the communication. This will have nothing to do with the Cru Bourgeois story, which is important because it’s the story of Bordeaux, but I think it’s important to have in mind this new way of thinking about nature and society. That’s what I’m thinking but, you know, I’m always brainstorming.”
How involved are your sisters?
Armelle: “One of my sisters is working with me. She’s taking care of the labelling and orders and shipping. The others, they are not involved, not in the winery. But the estate has a chateau, which is the family house first. My grandmother is still living there and it’s where she receives her family. So they come often to the winery.”
How come it’s you who has the most interest in the family business?
Armelle: “It’s just because I’m an oenologist, so I was the only one to be involved in the winemaking process. And so, when our father disappeared quite suddenly, in 1992, I just naturally took over from him – but I never worked with him. I had to discover everything in the business after him.
“So, I arrived here at Château du Taillan with his team. I was a young oenologist; I slowly introduced what I had learned and I really have been running after the quality since I arrived here. My philosophy is always to do better and better and better because I like tasting very much and I like very good wine. And I think it’s interesting, you know, to produce the finest wine possible according to the terroir you have. I mean, there is no way to make a Pauillac or Margaux with what I have here, but to go the farthest possible in my category, that’s what I wanted to do.
“And I’m very happy because, after 25 years, I was among the 14 Cru Bourgeois Exceptionnel, which is a good answer to the work I have done. The work is a whole life. This job just takes everything, all your passion.”
But do you enjoy it?
Armelle: “Yes, because it’s worth it. It’s worth it when you like the project. When you like money it’s different. It’s not the same business as a classified growth, for example. It’s very different. You really have to work out how to exist and to stay in the competition with average money because the price of the Cru Bourgeois will never go through to the level of a classified growth.
“Currently we have an average (retail) price for Cru Bourgeois which starts at around €15 and goes up to around €25.”
And now one of your daughters is interested in parts of the business?
Armelle: “Like a lot of young people, she was supposed to go abroad. But, she is interested now. That’s one of the good things from life today. As we cannot go out, we cannot travel, we cannot see friends, we spend more time with the family. And so, it is true that since March 2020 we do some tastings with my daughters (Tatiana, Margot and Justine), which is something I would have never thought possible. It means that when we are here on the weekends, I open some bottles, different bottles, and we explain about Bordeaux, Burgundy and they learn about wine. It is something which I thought I would never do.”
It’s good you’ve had the chance to do that.
Armelle: “Exactly, to make them discover it. Now they ask for new wines and what are we going to taste this weekend? The interest has been born for them.”


For further details of the Cru Bourgeois and the 2020 rankings, click here.