‘Consumption is changing and moving towards organic wine’

Two recent reports from our sister newsletter, BeverageDaily, show interest in organic wine continues to grow – it is no longer ‘a curiosity’ – but price remains a big challenge…

Organic wine 'holds the promise to appeal to a younger generation'. 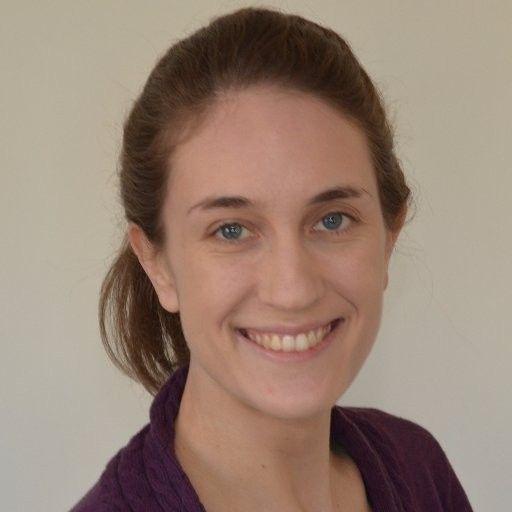 
The future prospects for organic wine are positive, according to industry professionals: but consumers’ unwillingness to pay more remains a big challenge for the category.
Commissioned by German wine trade show ProWein, Geisenheim University surveyed nearly 3,000 experts from across the wine supply chain in 48 countries at the end of 2021 to assess the state of the industry.
While the majority of specialist wine dealers (78%), hoteliers (77%) and food service providers (72%) surveyed assume that organic wine production will continue to rise in future, opinions were split in different markets.
“Optimism is strongest among the trade representatives in Scandinavia, Belgium, Luxembourg as well as France and Italy. Part of these countries are even noting active demand for organic wine among consumers,” the report says.
“In contrast to this, wine dealers in the Netherlands, Germany and Eastern Europe report of lower demand from consumers and an unwillingness to pay for organic wine. They are therefore less optimistic about market growth for organic wines. For those in the wine trade consumer unwillingness to pay for organic wine and organic certification costs rank first in the list of reasons for refusing certification.”

Organic wine has been growing globally. Nearly half a million hectares worldwide are today dedicated to organic vines: with most of this in Europe but also gaining ground across other continents.
The top three markets – Spain, France and Italy – account for 75% of organic vineyards in the world, according to figures published by the OIV last year.
Thanks to the climatic advantage of dry, Mediterranean summers, organic viticulture is most widespread in these areas. “In our survey, 61%, 52% and 35% respectively, of the industry leaders are organically certified, and nearly all of them could imagine changing their production over to organic in future,” notes the Geisenheim University report.
“Due to the moist and cool climate that promotes fungus diseases in vines, only 21% of the German producers surveyed are organically certified and the majority of vintners in Germany and the new world are not considering going organic in future either.”

The Green Deal of the European Commission aims for a quarter of European vineyards to be cultivated as certified organic to increase sustainability. While organic wine is enjoying increased popularity, wine industry professionals remain sceptical this goal will be reached.
For those in the wine trade, consumer unwillingness to pay for organic wine and the costs of certification are a put-off. Only a third of those in retail and food service expect the EU to attain the 25% target.
From the vintners’ point of view, the economic risk and use of copper for plant protection are the two key reasons against organic certification.
“Only 30% of German vintners, 40% of vintners in France and Italy and 58% of vintners in Spain feel that organic winegrowing is economically viable in the long term. A greater willingness to pay on the consumers’ part would be a key prerequisite for covering the higher costs for organic wine production in growing regions not graced with an ideal climate.”

Report 2: ‘We have gone from curiosity-based consumption to structural consumption’

Organic wine has become a firm fixture in shoppers’ baskets – and also holds the promise to appeal to a younger generation.
Globally, wine consumption figures are flat: in fact falling over the last few years (down 3.6% in 2020, according to OIV, although this year was impacted by COVID-19).
Organic wine, however, may offer a bright point for the wine industry: although still a niche sector, it is showing strong growth in some key wine markets where it is becoming a regular purchase for wine drinkers.
And its sustainability credentials are helping it resonate with younger consumers: a complex demographic the traditional wine industry has sometimes struggled to appeal to.

Organic wine is increasingly resonating with consumers. In Western Europe – a traditional wine-consuming region thanks to mega producers France, Spain and Italy – around 29% of consumers say they have made organic wine part of their consumer basket. This represents an increase from 2015 when this figure was 17%.
In France – a leader in both producing and consuming wine – the increased interest has been particularly pronounced: 36% of consumers drink organic wine.
“For me, the most significant thing is that we have gone from curiosity-based consumption to structural consumption,” said Nicolas Richarme, president of the southern French organic wine trade association SudVinBio. The association brings together more than 500 companies from the organic sector and stages the Millesime Bio organic wine trade fair in Montpellier every year.
“The gap has gone down between consumers who say they have drunk organic wine, even if only once in their lives, and regular consumers. More than a third of French consumers buy organic wine often.
“What is more, the dynamic is clearly in favour of organic products: in markets where wine consumption in general is going down, consumption of organic wine is increasing, whether occasional or regular. That means the volume of organic wine is going up and so is its strategic importance. Consumption is changing and moving towards organic wine.”


Appealing to a younger drinker

But what is most interesting is that organic wine appeals to younger consumers than the average wine drinker: boding well for the future.
Ahead of Millesime Bio in January, IPSOS surveyed 3,000 people across France, the UK and Germany. Around 46% of under-35s have already consumed organic wine: compared to just 38% of over 55s. And the average consumer profile is that of a young, urban, high-income graduate.
A lot of the interest in organic wine comes from concerns about the environment: often considered to be more pronounced among millennials.
Around 61% of those surveyed believe that organic wine is more environmentally friendly: representing the biggest driver towards organic product. But societal and ethical concerns are there too. For example, 35% of consumers believe that organic promotes fairer trade.
Other factors driving consumers towards organic wine is the perception that it is healthier and of higher quality.
While these insights come from Western Europe, they could be relevant to many other markets elsewhere: particularly in the US where the wine industry caters for an ageing consumer base but has arguably failed to market its products to younger consumers.


Yes, organic wine is more expensive – but consumers are willing to pay extra

On average, consumers are willing to pay €11 on a standard bottle of wine: but are prepared to pay an extra €2.90 for organic. This is more than in 2015: when the difference was 90 cents.
This dynamic is probably linked, suggest researchers, to increased awareness of fair pay for producers and a growing willingness to pay more for better quality products (63% of Europeans – whether wine consumers or not – are willing to pay more for products that help to protect the environment compared to 57% in 2015).

Organic wine, however, does remain a niche category. One of the biggest and most-documented challenges for organic wine is the cost: with 36% of consumers who don’t consume organic wine citing this as a reason.
But with people now willing to pay more for quality, this may no longer be the biggest barrier. More importantly, consumers want to know more about what they're paying for. In fact, 38% said that they didn’t buy organic because they lacked information about the product, showing a need to educate consumers about the category and what makes organic wine different.
And availability is another problem: 23% said that organic wine was not easily available or in places they usually shop.
But if these problems can be addressed, the runway is open for more growth: within wine and in neighbouring categories.
“There are still barriers to be overcome," said Richarme. “For instance, with regard to information, markets are not yet perfectly aware of organic wine, and that suggests there is still plenty of room for growth if we can educate people.
“And wine is a vehicle that is pulling other sectors along with it, such as cider and beer. One of the pleasant surprises revealed by the study is that one in five European consumers buys organic beer more or less regularly. Demand is there and it will drive supply.”


Appealing to a younger drinker

Are organic grapes better for winemaking?