These rare autochthonous Friulian grape varieties have been used in new blends with Chardonnay and Merlot. Albino Armani unveils the first wines from his Terre di Plovia project…

Albino Armani: ‘the boss is the plant’. Below: images of Valeriano – home to the exciting Terre di Plovia project, which champions rare indigenous grape varieties

"What is it that makes a wine great? I mean great with a capital G?”
Albino Armani, who produces wines in three regions in Italy (Valle dell'Adige, Veneto and Friuli Venezia Giulia), is reflecting ahead of the launch of two new wines featuring rare autochthonous Friulian grape varieties.
He continues: “It’s not the price, or fame, or scores granted by critics. But it’s a wine’s ability to carry the importance of an identity and to reflect the territory that makes it unique, because no place, no culture, no tradition can be replicated elsewhere.”
He is referring to his Terre di Plovia project, which was born from his passion for native grape varieties. The first two wines from this project, made in association with consultant oenologist Walter Filiputti (below), will be unveiled at Vinitaly next week. The wines – a white and a red – are described as “tributes to two fascinating rarities of Grave Friulana winemaking”.


The Terre di Plovia project is based in the village of Valeriano, in Alta Grave Friulana, northeast Italy. It’s a beautiful place with vineyards influenced by the Alps and Tagliamento River... 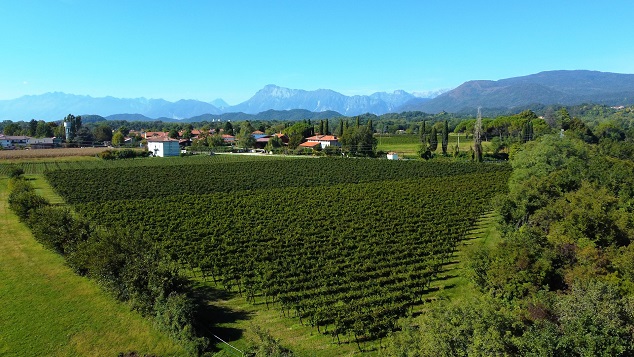 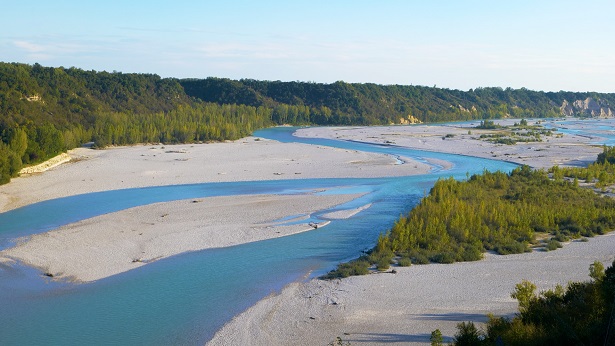 Albino gravitated here, from his home near Trentino, where he had brought back the Foja Tonda (Casetta) variety from near extinction and set up a special vineyard growing 13 indigenous varieties from his native valley, Vallagarina.
Terre di Plovia is an ambitious project, realised in partnership with Walter Filiputti, also a champion of rare indigenous grape vines. “Autochthonous grapes,” he says, “are not easy. They’re ancient, fascinating, and complex, but also fragile. They must be listened to, cared for and studied, as one attempts to enter into the depth of their soul in order to grasp their original personality, because taking care of these living reliquiae must be part of an ethical and social duty, to give back at least a little of what has been given to us.”
Albino shares Walter’s agricultural philosophy, which places the plant at the centre of everything. For Albino, the plant is both the starting and the ending point of the winemaking process. “When creating a wine, the boss is the plant, not the producer. A wine must be made according to the nature of the variety: our task is just to learn how to listen to the plant and how to understand it,” he says.


The new wines – available for tasting at Vinitaly (April 10-13) – are blends combining international varieties with two unknown but promising autochthonous grapes. These are Sciaglin and Piculit Neri.
Sciaglin features in Flum, which means ‘river’ in Friulian and pays tribute to the Tagliamento River and the way it has sculpted the Grave landscape. The main grape in the blend is Chardonnay (60%) but, Albino says, “it’s actually the presence of (local grapes) Friulano (30%) and Sciaglin (10%) that grants the wine that additional elegance”.
He adds: “These grapes have a deep local tradition, wonderfully complementing and improving the international white grape variety”. The Sciaglin adds acidity.
All three varieties were fully ripe when handpicked and whole-bunch pressed. They were vinified separately in barrels of different sizes and aged on fine lees for more than 12 months, with periodic bâtonnage.
Piculit Neri features in Piligrin, which honours the pilgrims who passed through the Alta Grave Friulana region on their way to the Holy Land, along the Friulian part of the Via d'Allemagna, through Terre di Plovia. 20% Piculit Neri was blended with Merlot after both varieties had been vinified separately “to enhance their peculiarities”. The Piculit Neri, with its intense colour and high acidity, was matured for more than 12 months in tonneau, while the Merlot spent a year in barrique. After blending, the wines spent a few months together in steel before bottling.
Albino told Canopy Flum and Piligrin “symbolise biodiversity and the valorisation of ancient and fascinating local varieties… which give territorial identity and collective wealth”.
But do they make great wines with a capital G?
“The value of Flum and Piligrin is linked to a project of oenological experimentation involving a still little-explored territory, that of the Grave Friulana, in which we make available a very long research on native vines, a research matured over years,” Albino replies.