Soil analysis as a marketing tool

While wine lover and former financier Arnaud Christiaens was searching for a new project, he visited a lab in Bordeaux. There, on the wall in the corridor, he spotted a map with various colours signalling the qualities of different plots within a chateau’s vineyards.
The few parcels coloured in red had scored highest – 16 or 17 points – in a 20-point scale that examined four criteria: different layers of ground quality, water supply, nitrogen levels, and strength of the vines.
This was the eureka moment for Paris-born, Geneva-based Arnaud. He had found an objective way to identify exceptional soils on the right and left banks of the Gironde that were overlooked during the Bordeaux Wine Official Classification of 1855.
The soil scientist he met had dug 20,000 holes in Bordeaux vineyards over the past ten years and knew where most of the best ‘red’ areas were outside of the first growths. Arnaud visited the chateaux with ‘red’ plots and offered to lease these exceptional parcels. The chateaux owners were, naturally, sceptical at first but Arnaud persuaded a few of them to accept his generous terms to lease these vines, in some cases for up to 50 years.
“At the beginning, I was an intruder,” Arnaud reflects. “But I become a friend.”
This is how SGC – which stands for Le Secret de Grands Cru – started in 2006.
It’s an exclusive wine brand that doesn’t own any vineyards but has taken soil analysis and the concept of terroir to a whole new marketing level. 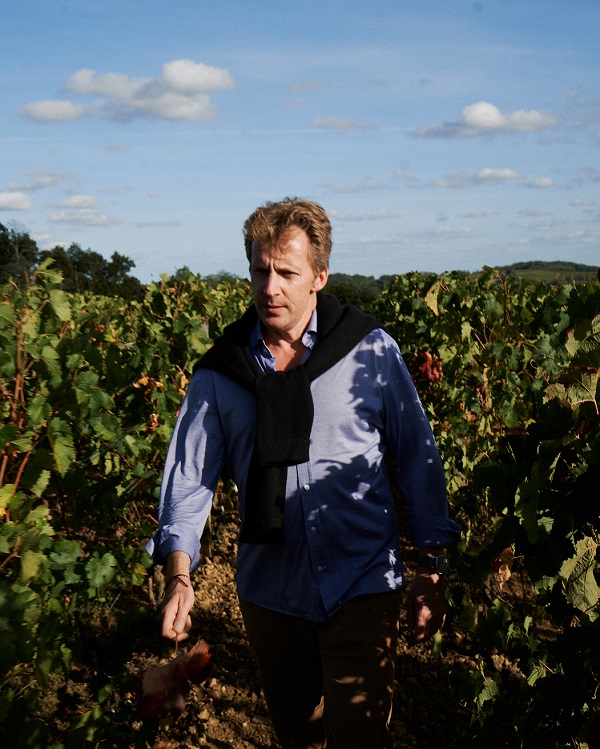 “What I’m trying to do is a new type of ranking,” Arnaud (above) tells me. “I would love to create a ranking of soil. Ranking the wine, yes, it’s very important for the consumer. It’s a help that clearly gives you an indication of what is good or not. But when you rank the soil, you create a consistency and the persistency in achieving very good wine year after year, because the basics are very good. And even if the vintage is not optimal, you still have a very good basis in order to produce the wine.”
After agreeing terms with the landowners, SGC’s team takes over the care of the vineyard and the winemaking, producing a highly rated trio of red wines that are only available to invited club members, who refer to themselves as ‘Le Cercle’ (The Circle).


About 20,000 distinctive bottles a year are made by two revered winemakers in the region, Alain Reynaud (whose credits include La Fleur de Gay and La Croix de Gay in Pomerol, and Chateau Quinault l’Enclos and Chateau Le Parc in Saint Émilion) and Hubert de Boüard, who grew up among the vines at Chateau Angélus in Saint-Émilion, but has also made wine in Beaujolais and Burgundy. He says: “SGC is certainly bringing us a positive disruption and spotlight to our beloved region.”
Arnaud is currently working with three chateaux in Bordeaux – leasing small unspecified vineyards in Saint-Émilion, Pomerol and the Médoc – but he is also considering expanding the concept to Italy, Spain, Portugal and the USA over the coming “year or so”.
“First, there is so much to do in Bordeaux,” Arnaud explains. “Already we’ve got a job for the next 20 years, so we are fine with that. But, in terms of income, maybe we need a little bit of diversity in the product we’re doing. We are very interested in Spain, Italy, Portugal. We are also interested in the USA, but not so much Napa.
“I don’t find it very novel. It’s a money machine and it works very well, but it’s not something for us.”
New for 2021 is a second line, called Liberté, which will be made available to buyers outside Le Cercle from this spring. This will source grapes from the ‘dark orange’ plots – those scoring 15 points.


Arnaud, a lover and collector of Bordeaux wines long before creating a business there, enjoys challenging the status quo. He says: “There is something deep in my DNA, a drive to be successful at doing something new that’s going to make an impact.”
Creating an alternative ranking in Bordeaux will certainly do that. He explains the thinking behind it: “I don’t understand why the 1855 ranking has been kept completely closed and why nobody can access it. I find it a bit dusty and very shocking that a lot of the estates can’t play in that ranking and it’s the privilege of a happy few.”
Arnaud believes his concept is a huge benefit to the chateaux owners who are sitting on exceptional soils but have been discounted from Bordeaux’s top ranking. He says many are unaware that some of their parcels are so magnificent. “The beauty of SGC’s model is that it’s a mutually beneficial relationship. Not only are we locating these hidden treasures for the benefit of our oenophiles, but also to deliver real change and sustained livelihoods to winemakers across the region. SGC is making wine that authentically celebrates the very best that is Bordeaux and gives chateaux owners the opportunity to optimise the commercial value of their land.”
The wines are sold to an elite group of buyers.
“Our network ranges from royal families, industrialists, political leaders and wealth creators to exceptional individuals from the media and entertainment industries,” Arnaud says.
They “are hand-picked one by one”, he continues. “They have to be genuine, dynamic citizens of the globe who wish to positively contribute to the betterment of the world – that’s first on the list – and they have to be wine lovers. We want a crowd of people who look forward to getting together, which is something we’ve done for a few years now and had some very lively dinners.”
The dinners and club gatherings have been scaled back during the Covid-19 pandemic, but they have taken place in the past in Copenhagen, Tokyo, Hong Kong, Sao Paulo, New York, London, Oslo, and Monaco.
“It’s a fun circle,” Arnaud says. “We try to do as many dinners as we can to entertain our members. We stopped obviously last year, because of the Covid-19 thing.”
At first they scaled back the dinners from 100-seat events to smaller, more intimate gatherings of eight to ten people, which worked very well. “Our members were super-happy to host the dinner at their home.”


Selling to invited members by allocation was the idea of legendary sommelier Gérard Basset, who came on board as a consultant in the early stages, along with wine critic Michel Bettane. Gérard’s widow, Nina, is still a shareholder. With their endorsement, the club has grown to 250 members.
“I remember the first six months of 2014,” Arnaud recalls. “I believe we made only one sale, one customer, and then every month it started to be one more and then one more. And then, the year after, there’s a dinner with five people joining. It has grown very organically.”
Prior to Covid-19, membership was doubling every year.
“We just want it to be very organic and people to stick to it because they like the wine and not because they are forced or because there is penalty to leave.”
Reflecting on the success of SGC, Arnaud tells me: “I’ve got no family related to the wine industry or anything like that. It was just an idea and when I discovered the laboratory in Bordeaux, I thought how cool is this idea? If I had known how tough it was, I’d probably not have got into it. But now I’m happy and I think we’ve done something amazing and I enjoy waking up the morning.”

The selection of vines is based on soil analysis, with each parcel of land awarded a score out of 20.
The full process of soil analysis takes almost a year. “We test after the harvest, in September or October, digging every 25 metres with specialised screws in order to not damage the vine,” Arnaud says. “If a parcel is identified as having high potential, we will dig larger holes to ensure we can provide accurate soil analysis results taking into account soil quality, nutrients, pH and organic matter.
“During the summer, we use airborne footage to evaluate the vine vigour and, finally, we analyse the grapes themselves in order to map the nitrogen level and stress the vine has experienced.”
The man doing the soil analysis is anonymous but has more than 20 years’ experience in soil testing.

There are three red wines in SGC’s portfolio: from Pomerol and Saint-Émilion Grand Cru and Médoc.
Arnaud says that since the inaugural 2009 vintage they have been trying to “achieve a wine that is as immaculate as possible”.
He adds: “I think a real luxury brand stands for true value. It’s not just nice paper with a big bow and an expensive price. I think its roots are in something that is really hard to make, really hard to source, and there is a real scarcity.”