After 21 years of building up the family estate, James Tilbrook has pretty much lost it all… 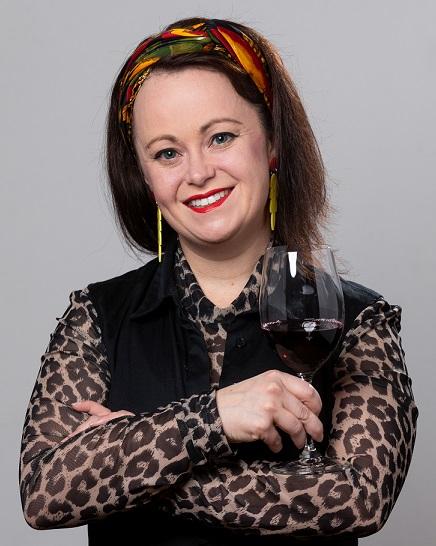 ‘I saw barrel racks and the barrel rings. But no barrels. They'd just totally disappeared’

When vigneron James Tilbrook returned to his property after a catastrophic bushfire hit South Australia’s Adelaide Hills last month, the dread was indescribable. The formerly picturesque cool-climate wine region looked alien to him.
“The ground was like the moon,” he says. “It had this very soft, smooth, kind of grey and black dust look to it.”
Smouldering piles (formerly hay bales) dotted the 45-acre farm. “I just thought, ‘Bloody hell, I hope to God it hasn't got to the vineyards’.”
It had. When James reached the top of the hill, where the new Tilbrook Estate eco cellar door was being built, the extent of the damage was gobsmacking.
“My mouth sort of dropped open; aghast and shocked and surprised.”
The Cudlee Creek fire, which started on December 20, 2019, wasted no time destroying 21 years of hard work.
The farm was a charred mess. They pretty much lost it all, including $300,000 worth of wine (all stored on site). Just seven half-cases of wine and 40 cases of Tilbrook’s museum stock remained.
When James investigated the state of the winery (essentially a small 100-square-metre shed), the weight of the situation hit. “I saw barrel racks and the barrel rings,” he says. “But no barrels. They'd just totally disappeared.”
A lone Pinot Gris barrel stood intact. “When I opened it, there was nothing in it. It either got so hot it spewed out the top or it just drained down underneath.” He pauses, still shell-shocked. “At that moment in time, I thought, ‘What am I going to do? I've lost my income. That was the thing that really struck hard.”

A sweet, slightly vinegary 'mulled wine' smell, piles of bottles melted like candles, lava-like rivulets of plastic (formerly picking bins and IBC tanks) and a large wine stain on the road (above) was all that remained. “You would have thought when 1,000 litres of wine hits the turf it's going to put out whatever's burning, but it had no effect.”
The loss of a memorabilia and equipment-packed hay shed (dating back to the 1960s) was also devastating.

The vineyards copped a belting too. Approximately 20% of the estate vines were destroyed, the rest so severely heat-damaged their future is unknown. The irrigation system was also destroyed, which hindered the process of providing vines with much-needed water.
“We can't drive up and down the rows because the strainer posts are no longer there and the wires are hanging all over the shop - it's just a disaster zone.”
The hands-on nature of the small, family-run wine brand makes for a particularly tough road ahead. British-born James and his Australian wife Annabelle purchased their patch of Lenswood land in 1999. There, they planted Chardonnay, Pinot Noir, Sauvignon Blanc and Pinot Gris. James is a self-taught winemaker and after growing up in an old Suffolk farming family applies a hands-on approach. His wines are inspired by classic French wine regions and his annual production of approximately 1,000 cases was sold at quality cafes, restaurants, wine merchants and at the Tilbrook Estate cellar door. You’d just as likely find James behind the counter as you would in the winery. That’s what makes such loss unfathomable. It was also the reason they were forced to flee.
They didn’t have much notice. Earlier that morning James was in bed, tapping away at his phone, when the emergency warning Alert SA Mobile App started pinging with alarms. The 60km fire front meant the CFS (South Australian Country Fire Service) was busy elsewhere. They were on their own, without electricity or a water source and simply didn’t have the time or resources to save their livelihood.
“We are a one-man band. A lot of the fire advice from a stay-and-defend point of view, is that you can't just do it on your own.”

In amongst the carnage are small glimmers of hope and overwhelming moments of gratitude. With the help of a neighbour, James managed to save their home (located 5km away). “The Chardonnay is my pride and joy. There’s part of it that does seem to be okay though it's probably stuffed with powdery mildew now. Then there's potential smoke taint, though the general consensus is that it was a bit too early in the season for smoke taint to be an issue.”
Like the verdict for the frazzled vines, time will tell.
Three weeks on, how is Annabelle? “It’s hard to say,” James says quietly. “I wear my heart on my sleeve, whereas she doesn't… but she's hurting as well. There was a lot of shock for the first week and I think I’m only just beginning to come to terms with it.”
The community support has been heart-warming, much of it powered by social media. The couple and their 17-year-old son have been inundated with offers of manpower, equipment and fruit.
When seven salvaged cases of Tilbrook Estate wines were auctioned off at a local market, bidders splashed $12,000 and donated most of the wine back for it to be re-auctioned.
“I actually cried because I felt... well, I don't know… that somebody cared.”
The next day Xavier Bizot from Terre à Terre Wines offered to donate some handpicked Piccadilly Valley fruit. “It made me begin to realise that there are people out there who care, who want to help the underdog and that we’re not in this on our own.”
Moments like these keep them going. Insurance will help to clean up, rebuild and re-plant but without income from the 2020 vintage (and beyond), the future is worrying. "A new vineyard takes three years minimum [to grow], then another year to make the wine. Maybe in two or three months' time I'll be able to buy some grapes in from somewhere and make them elsewhere,” he says. “But we’ve lost our income so I’m not sure how realistic that is.”
That’s why a mate set up a Save Tilbrook Estate Wines gofundme appeal.
Industry peers are hurting, too. The Adelaide Hills bushfire zone covered about 30% of the 1,100ha of vineyards that make up the premier wine region. Three weeks on, the Cudlee Creek fire is still burning. To date, more than 60 grapegrowers and wine producers have been affected. In a bid to help them with immediate recovery efforts, the Adelaide Hills Wine Region set up an official gofundme Fire Appeal.
It’s not all about cash. “Understandably, some people don’t have any to give,” James says. “What’s important is to keep us in mind. Follow us on Instagram and Facebook, sign-up to our mailing list because one day we will rebuild and will have wine to sell. When we do, we want to be able to tell you about it.”

On January 31 a special selection of Tilbrook Estate wine (some salvaged from James Tilbrook’s personal collection) will be auctioned off at the SA4SA Bushfire Appeal.
All profits from the gala will go towards the SA Bushfire Appeal. International bids are welcome. To access GalaBid and place a bid on one of many donated live and silent auction items visit: https://app.galabid.com/sabushfires.

The way things were...